The school was established in 1901 as an institute for training of gardeners from all around Brno with fruit-growing focus initially, but later, teaching covered all gardening issues, so finally it included all branches of horticultural activities including subspecializations, such as flower binding, arranging, plant nursery, landscaping and of course related general and preparatory courses. During that time the school has undergone a number of reorganizations and name changes, its aims, and other specializations with varying length of schooling( 2,3,4,5 years)with the form of daily, correspondence and external studies and also with the varying degrees of graduates qualification from graduate certificates, final exams through vocational certificates to maturita certificates. The school thus significantly influenced gardeners education and professional skills initially in the South Moravian region, later in other areas of Moravia, and even in Slovakia and South Bohemia, The impact of specialisations was nationwide. The school in Bohunice together with the school in Mělník thus became the ambassador of horticultural knowledge and skills on a national scale. The quality and the professional level of teachers contributed obviously to this situation. The school in Bohunice was full of important gardening personalities whose names were and are well-known to the gardening public. We can mention Suchý, Markus, Berének, Steinblink, Luža, Peikes, Homola and others who formed the history and reputation of the school. They published specialized articles, they were authors and co-authors of textbooks for gardening schools used within the whole republic and they were also external lecturers of Agricultural University in Brno.

With Mr..Dvorský as the headmaster, the school achieved the greatest expansion not only in the number of pupils, school types and their specialization, but also in building and expanding the school facilities. A number of graduates were employed in gardening companies; many of them started their careers in professional, research and breeding institutions, botanical gardens, research institutes including Academy of Science and as university lecturers.

Graduates from Bohunice school have proved their abilities and they are successful not only in our country, but also in Europe, North and South America. In 2004 Horticultural schools in Brno-Bohunice and in Rajhrad merged and Rajhrad became the seat of the new school institution.

Gardening education has a long tradition in Rajhrad. It has been taught there continuously since 1951.

The beginning is represented by a two-year gardening school, students of which were employed all over the whole Czechoslovakia during public holidays. Only boys were accepted.

In the school year 1953/54 the name of school was changed into Apprenticeship School of Gardening and this time it is a unisex school for girls only.

In the school year 1958/59 a two-year agricultural field of study “Grower and Breeder” was launched. 3 years later it was transferred to Apprenticeship School of Agriculture in Želešice.

Later the name was changed into Apprenticeship School of Agriculture- horticultural branch of study and on 1st September 1979 based upon the resolution of IVV MZVŽ ČSR Prague, Apprenticeship Centre of Gardening with a three-year field of study was established. The Gardener- the traditional field of study- is still very popular.

back to SCHOOL page 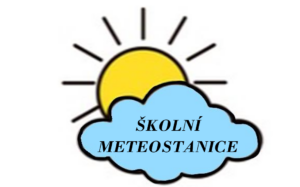